The WNDC Educational Foundation works to preserve the historic Whittemore House, the home of women’s political activity in the nation’s capital for nearly 100 years.

Built in 1894 and listed on the National Register of Historic Places, the Whittemore House was described by Phillip Johnson as “an architectural masterpiece.” It is open to the public as a museum and has served as the clubhouse for the Woman’s National Democratic Club (WNDC) since 1927. 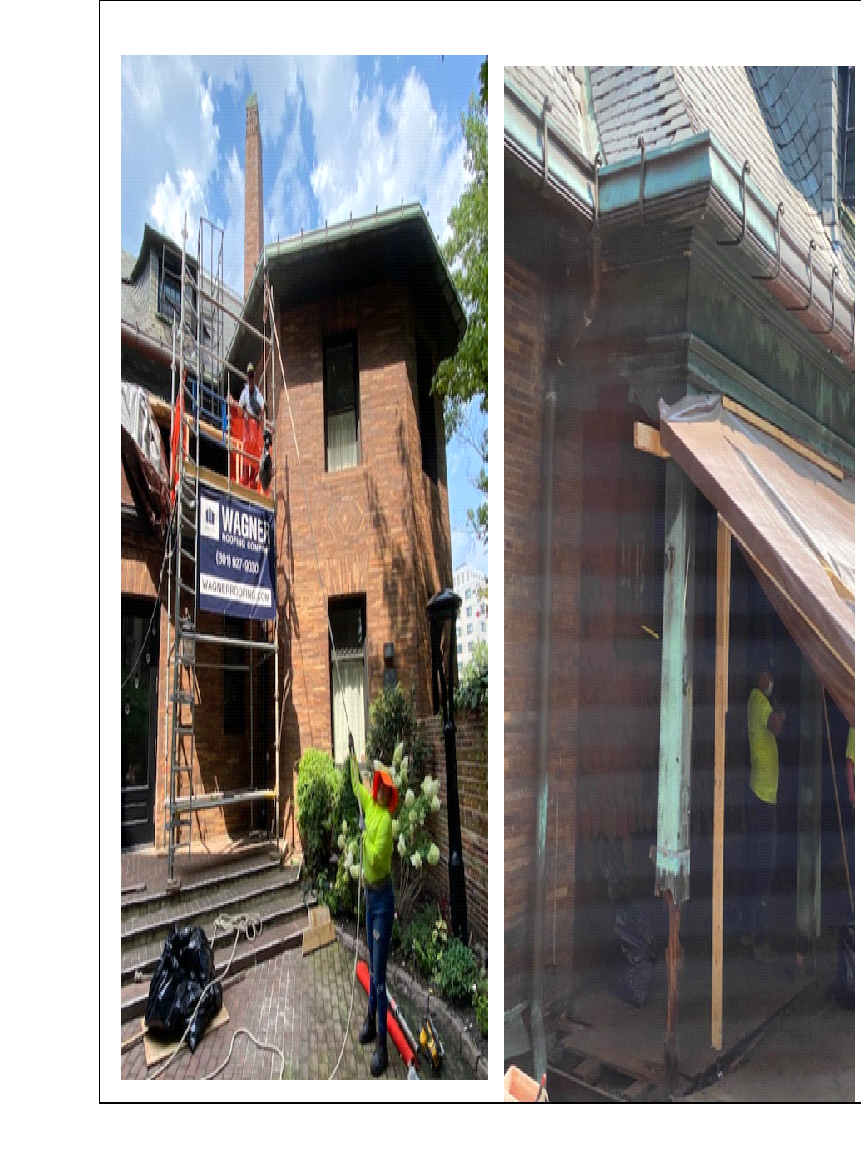 Over the years, the Foundation has undertaken many projects to restore and preserve the building and its exquisite features. In August 2021, work began to repair the South Balcony with the support of several generous donors (right).

When the exquisite copper was opened, unexpected damage was uncovered and the project has expanded to include damaged posts, beams (below) and an update of our comprehensive assessment of the condition of the building.

Please consider helping us restore and preserve this beautiful building.  You can donate at the links below or send checks to WNDC Educational Foundation, 1526 New Hampshire Avenue, NW, Washington, DC 20036.